If you know me, you know that there are a few things I like in this world above all else: contemporary R&B, cheese, and partying. One of my favorite pastimes lately is day drinking. Does that sound concerning when I type it out? Yes, moderately. Cool, charging onward. I also love going to music festivals—I typically go to three or more a year. I know, I’m insane. How do I do it? No idea. I think it’s a lethal combo of loving live music and hating myself, in order to willingly spend my money and PTO days getting f*cked up in a field, standing so close to speakers that the bass makes my insides vibrate. Hey, everybody’s got their idea of a good time.

So I was surprised as anyone to find myself, at 10pm on Friday night at Shaky Beats festival in Atlanta, as Rüfüs Du Sol closed out day one, dead-ass sober.

*Record scratch* Yeah, that’s me. I bet you’re wondering how I found myself in this position. I’m about to tell you.

I guess, in order to really get the full picture, I have to back up a bit. The year was 2018. The weekend was Labor Day. The festival was Electric Zoo, one of my favorite festivals that I have been going to for the past three or four years. (I have lost count at this point.) Every year, I tell myself that I’m not going to do too many interviews and I’m just going to enjoy the festival, and every year, all three days, I get sucked into doing an interview at like, 7pm, which is prime festival time. Seriously, all the best acts start playing right at 7pm! Don’t get me wrong, doing interviews is great; I get to meet and talk to artists like Alesso, Alan Walker, and Troyboi. But it also takes what should be a fun and relatively relaxing experience (going to a festival and writing about it after the fact) and makes it stressful: coordinating interviews, plus making it to the acts I want to see, plus simply giving myself enough time to maneuver through the crowds and make it to my interview slot in time.

And when you factor drinking into all of that, what should be a simple activity gains so many moving parts that it becomes like solving the Da Vinci code. Because I can’t be drunk during my interview, but ideally I’d like to be a little lubricated so I’m not super self-conscious and awkward, but I can’t pregame too hard, but drinks at the festival are absurdly expensive, and you can’t pay for anything in cash, because the festival is cashless, so now I gotta make sure I have enough money on my wristband for a drink, and if I don’t have enough I need to go to another kiosk to add money to my wristband, and…

You see what I mean? After everything was said and done, of course I had a great time at the festival, but I spent so much time running around, getting to my interviews, figuring out if I was too sober or too drunk, waiting on line to get a drink, etc. etc. etc-f*cking cetera, that I forgot to actually appreciate the fact that I was at Ezoo. It’s funny, many people will regret how much they drank during the weekend (which I have done in the past and will likely continue to do in life, don’t get me wrong), but after that weekend, I regretted how much mental energy I spent worrying about how much I was drinking and when I’d have another drink and from where I would procure said drink. To this day, I feel dumb and a little ashamed about it.

So when I found myself back at Shaky Beats, another one of my favorite festivals, in Atlanta this year, I didn’t want that sh*t to happen again. I’ve become a little tired of drinking in general—the taste of most types of alcohol, the way beer makes my nose stuffy (which I suspect is some sort of allergy or intolerance but I’m too afraid of the consequences to get it checked out by a doctor), the way it zaps me of all productivity and energy the next day.

I didn’t set out to be sober the first day of the festival, but found myself that way half on purpose, half by accident. I didn’t pregame, which was by design. Drinking plus Atlanta heat equals total exhaustion, so I didn’t want to drink until the sun went down anyway. Second of all, I told myself going into Shaky Beats that I was going to have a good time, and not worry about getting drunk or anything. I just took a “if it happens, it happens” type of approach towards drinking at the festival (one I should take to my love life as well, instead of this death grip I currently have on trying to control every interaction I have with a member of the opposite sex, but that’s neither here nor there), rather than a “I will be bored if I don’t have a consistent buzz the entire time” approach.

And you know what? At around 8pm, I still hadn’t had a drink, and I really wasn’t missing anything. I was, seriously, totally sober (not even uppers or weed!), and having a great time. Not to mention, I was 100% alert. And, like, why wouldn’t I be having a great time? I genuinely enjoy the music (it’s the whole reason I was at the festival), and could say I saw some of my favorite acts, like Big Gigantic, What So Not, and San Holo—and remembered their entire set. At that point, since the festival ended at 10:30pm (my only gripe with it, tbh), I just didn’t see the point in drinking. Sure, I could have a $11 beer or whatever, but what would it do for me that I wasn’t already currently experiencing? Nothing. 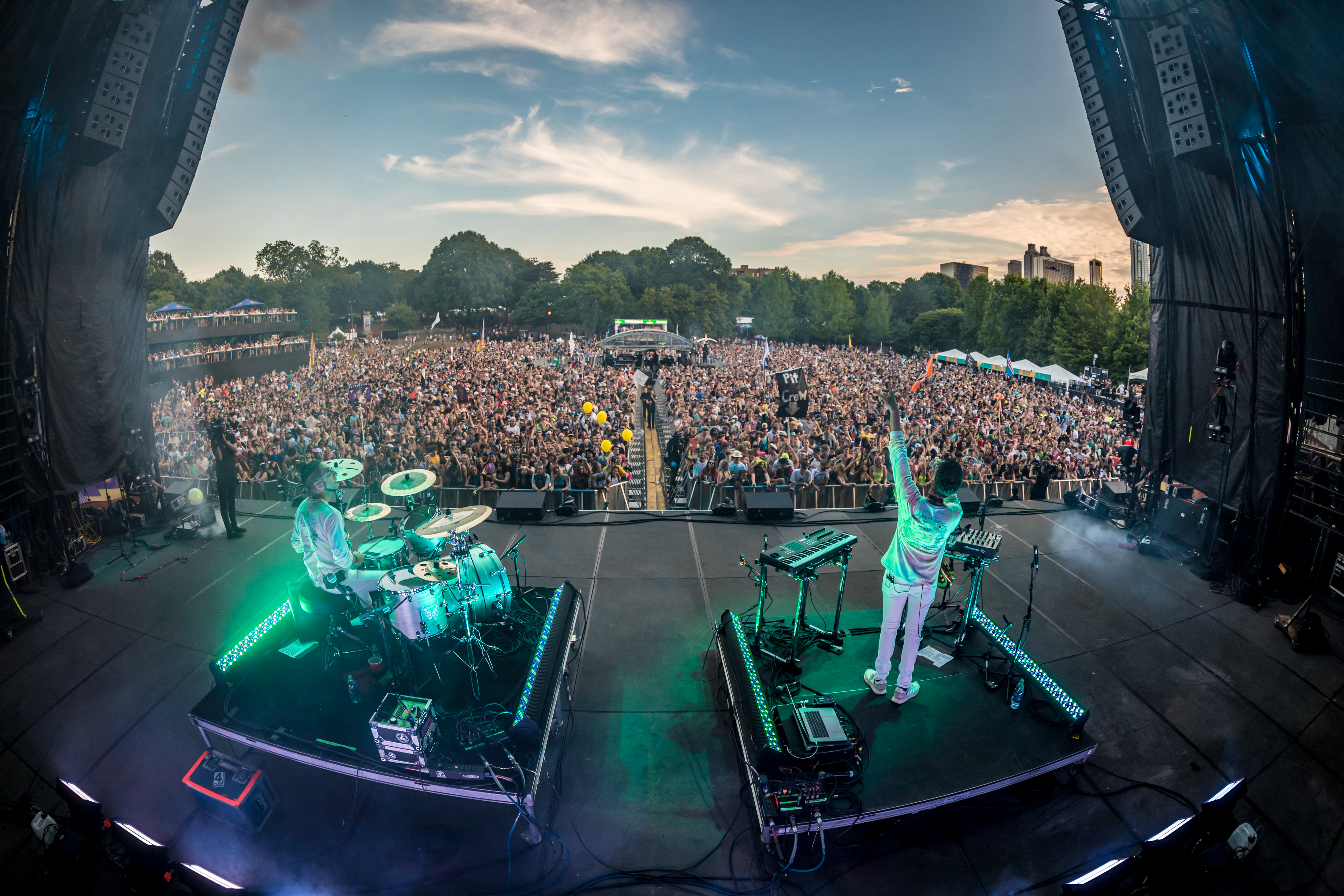 Contrast that to the next day, when I did decide to have a couple of drinks. Why? I don’t know; I felt like it. And honestly? I just felt kind of off. Once the sun went down, I was like, two Mike’s Harders deep and just overall in a weird mood. I can’t describe it. It was maybe a mix of the alcohol and the knowledge that the festival was ending soon and I’d have to get on a plane the next day and go back to work that just had me feeling a little bummed out, in a way I couldn’t put a finger on. Yeah, I still had a great time—I saw Party Favor, hands down my favorite act of the weekend; discovered Clozee, a French DJ who is getting added to my pregame playlist immediately; and got showered by glow sticks and confetti during Martin Garrix’s headlining set—but I left the festival feeling kind of dampened. Drinking wasn’t even really worth it.

Am I going to be sober forever? Probably not—recently, I was on day eight of a ten-day course of antibiotics and itching for a glass of wine at the end of a long day. But, as f*cking dumb and cliche as it sounds, I know for a fact now that I don’t need alcohol to have a good time. Does it help sometimes? Yes, especially if I’m forced into a situation I don’t like (see: birthday parties where I only know the birthday girl or boy). But at a place like Shaky Beats, when I’m with people I like, doing something I genuinely enjoy anyway? Except for the vague sense of ennui, it didn’t add anything to the experience, and knowing that for the future feels kind of empowering.

RELATED PRODUCTS
Clickbank Ads
Thank you for taking the time to read our article.